Following are just a few of the many happy folks that have adopted puppies from us!

These images and testimonies are of real people that have adopted our amazing French Bulldog puppies and have been used by permission. 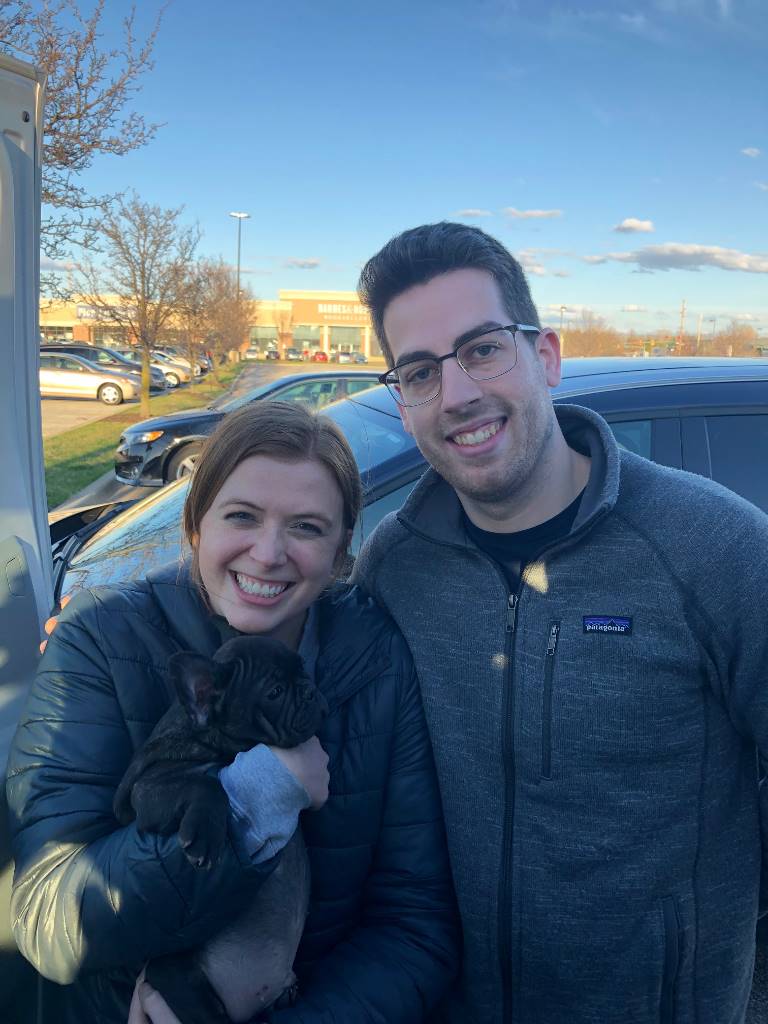 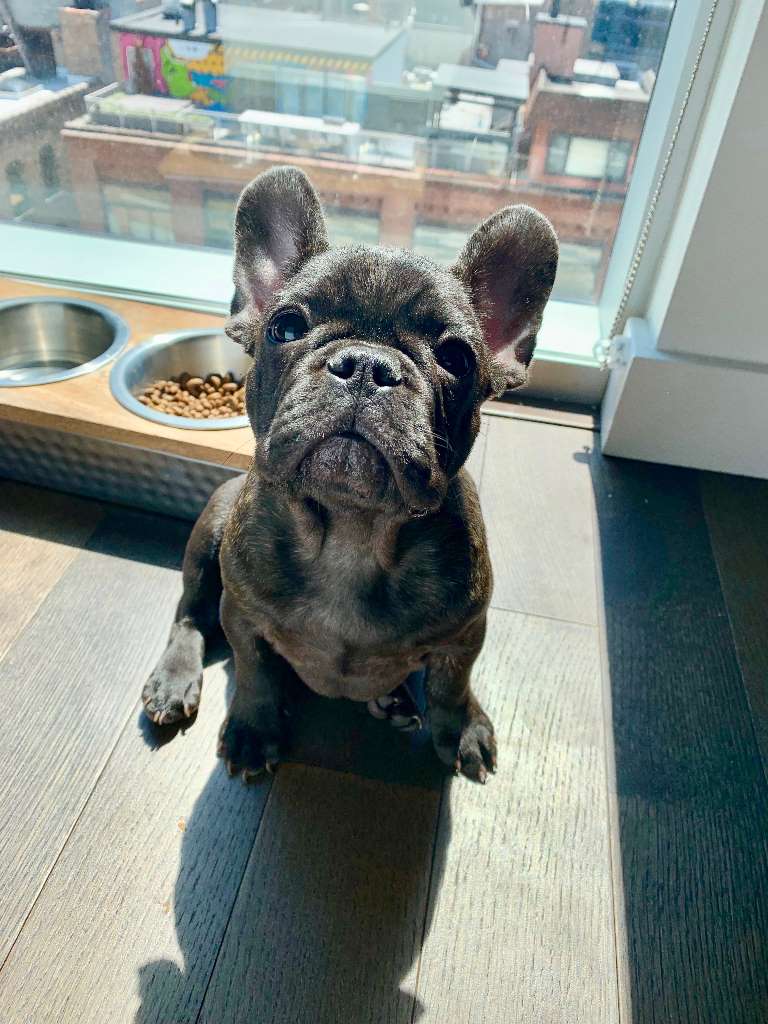 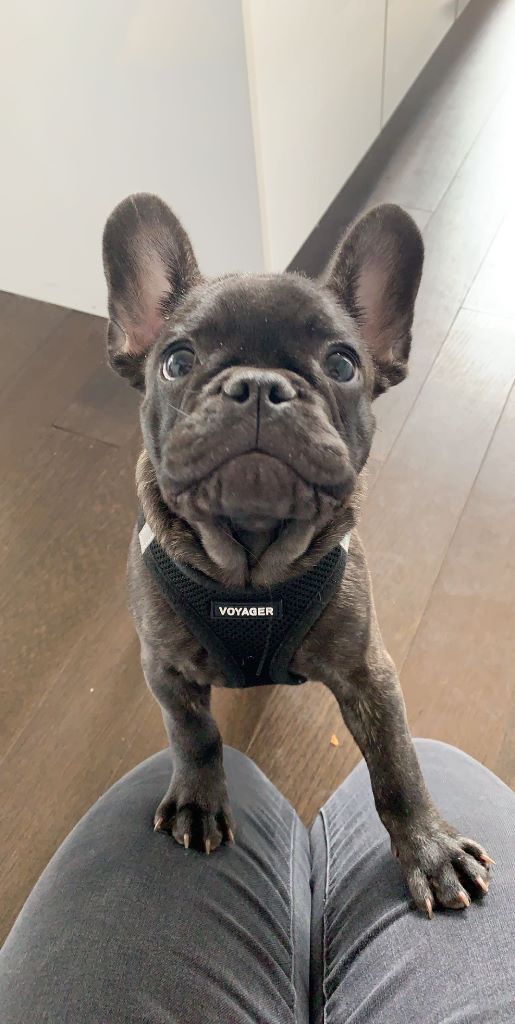 We researched several French bulldog breeders in search for our new puppy, but none as helpful and easy to work with as Daniel and Vibrant French Bulldogs.

We picked up Reggie, our new Frenchie puppy, from Daniel and Vibrant French Bulldogs in April 2019.  Reggie was our first puppy who we immediately fell in love with and could not be happier with.

Reggie is so well behaved and loves to be around other people.  He also loves to relax and watch TV with us when he’s not playing with his toys!

We reached out to Daniel when Reggie was only about a month old.  We immediately felt comfortable and quickly decided to make Reggie a part of our home.

Leading up to us meeting Reggie for the first time (a few months out) Daniel was incredibly informative and would always keep us in the loop about how Reggie was doing.  We would even get weekly picture/video updates, which was amazing!

We couldn’t be any happier with the breeder we chose, and the puppy we brought into our home! 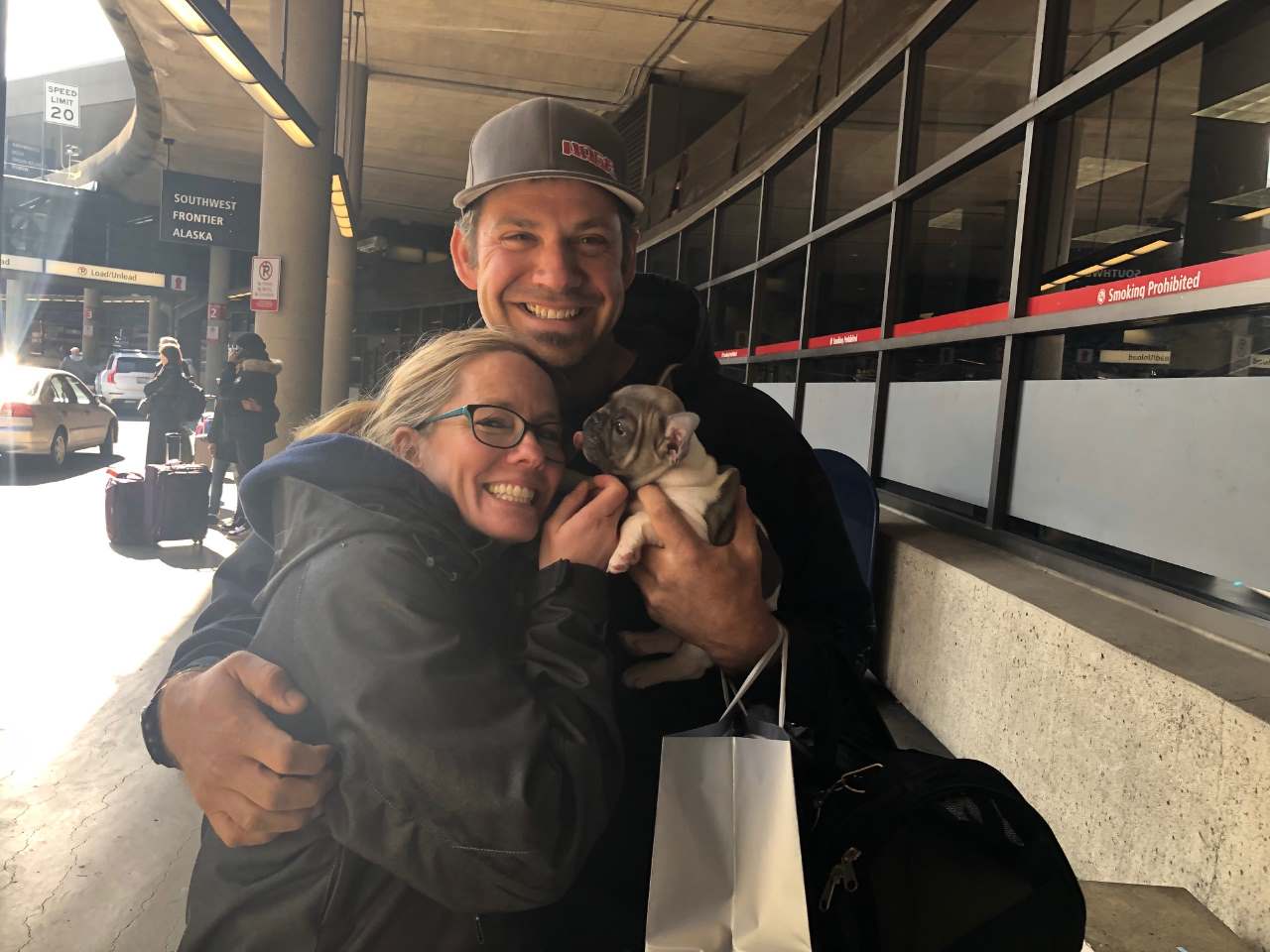 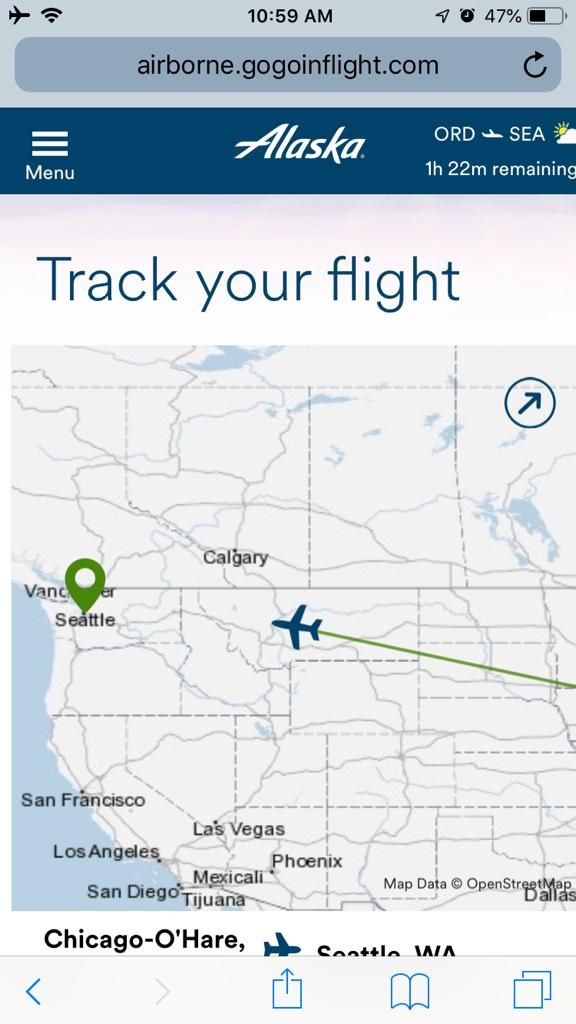 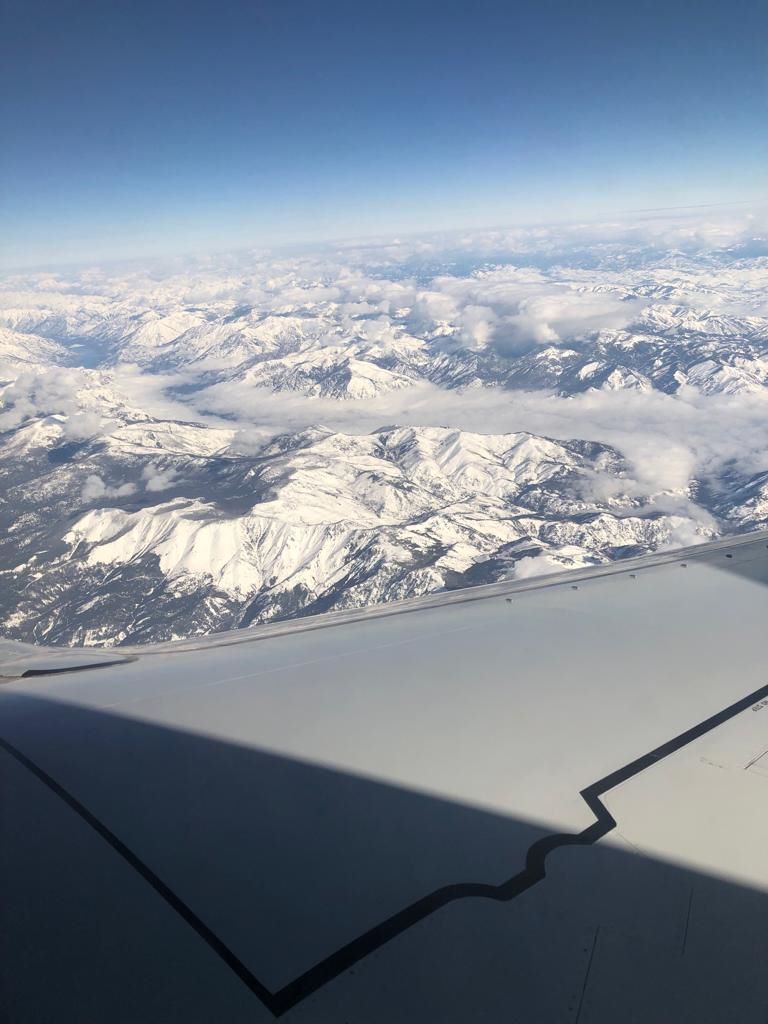 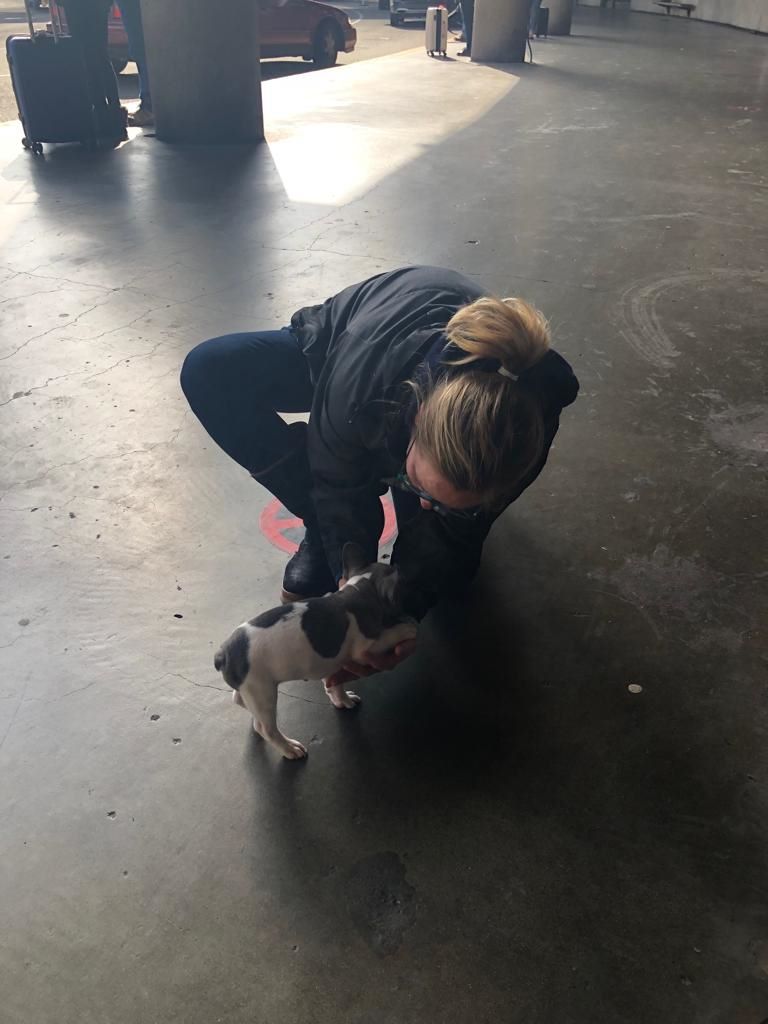 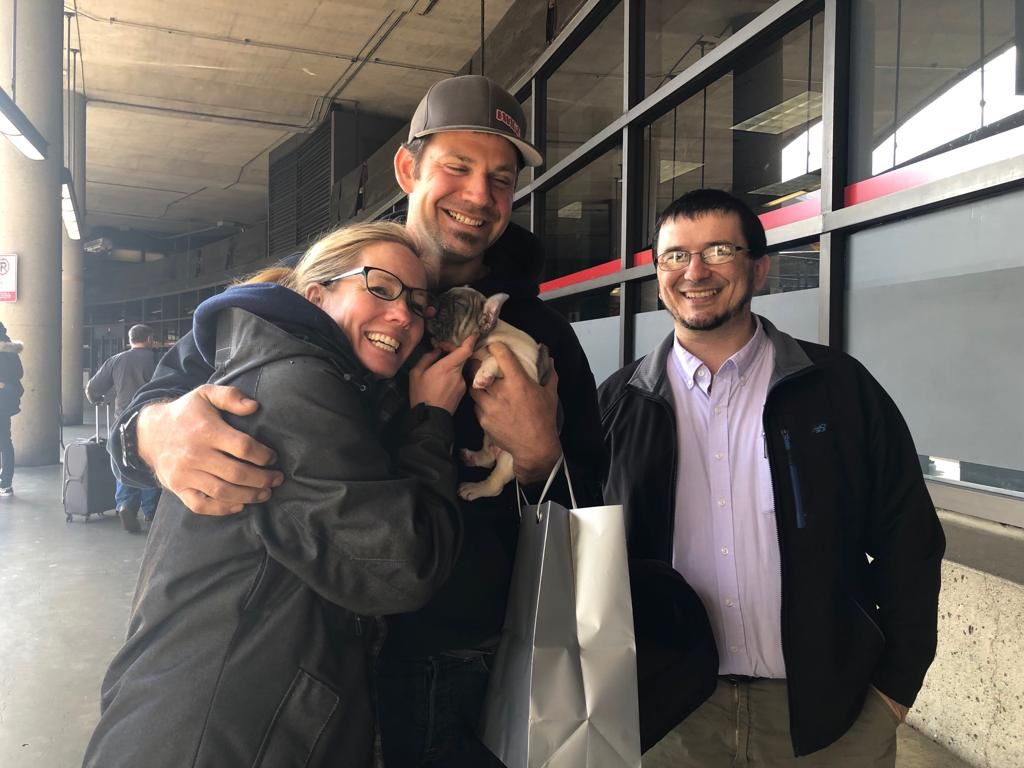 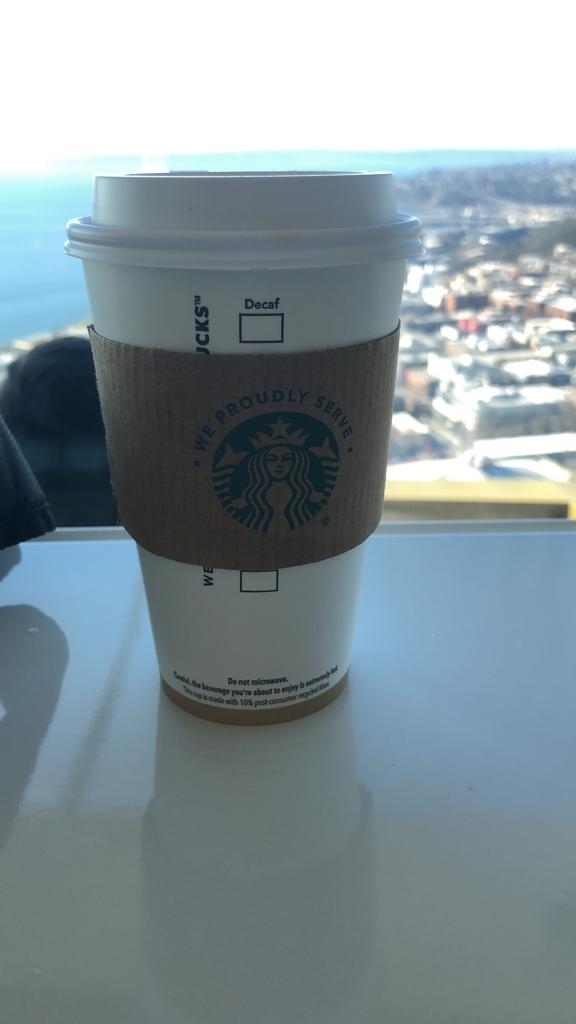 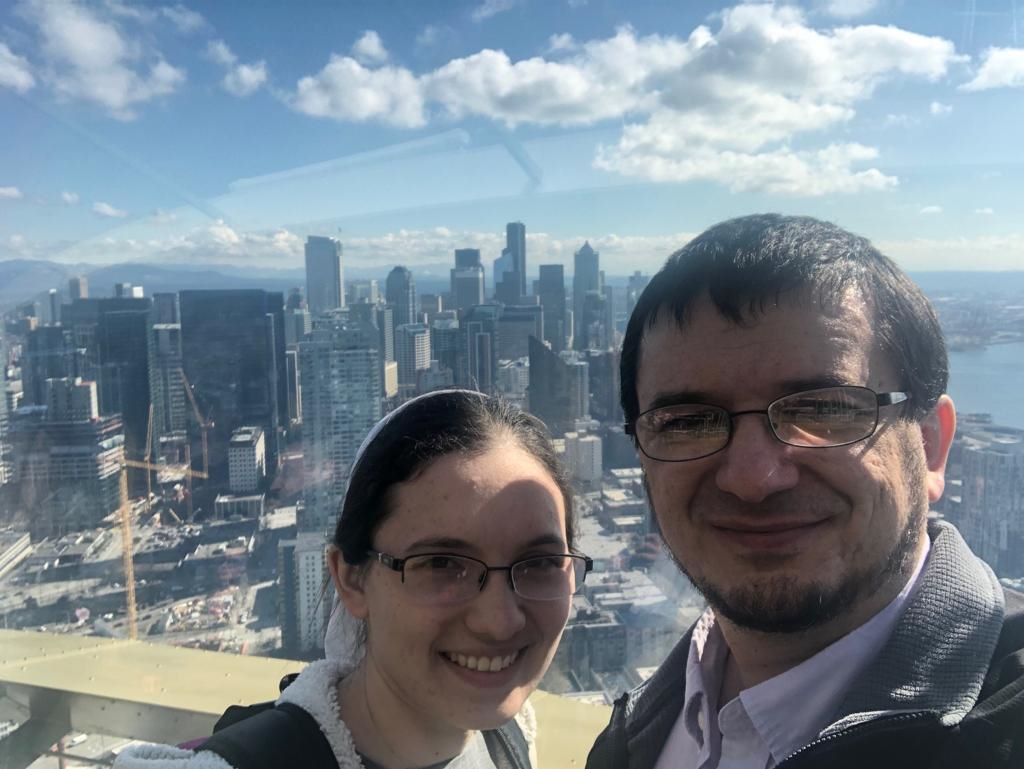 We don't have a written testimony from Evonne yet, but I did get here permission to tell the story of how her, William and sweet little Riley met. Since they live in Oregon, we had the wonderful opportunity to fly with Riley and hand deliver him to Evonne and William. Needless to say it was an amazing experience for all of us!

We tried in vain to schedule a flight nanny service to fly with Riley, but it just wasn't meant to be. Instead, My daughter and I got to go on a little excursion to Seattle! The flight was good, the meet up went without a hitch and the sights of Seattle were amazing (Of course, the coffee at the top of the Space Needle was great as well:-)

We had a great trip and are very thankful that Riley found a loving home!